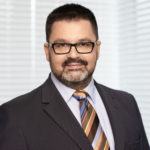 Attorney-at-law, Partner. Michał Kubicz is a lawyer recommended by Chambers Europe in the field of environmental protection law. A graduate of the University of Warsaw Faculty of Law and Administration and the University of Poitiers, Michał has been an attorney-at-law since 2008. In the years 1997-2014 he had been with the law firm Gide Loyrette Nouel known in Poland as Tokarczuk, Jędrzejczyk and Partners GLN Sp.k., in the Energy Law and Environmental Protection Department. He specialises in advising on matters related to administrative law, environmental protection law, administrative and court-administrative proceedings, infrastructure projects and mergers and acquisitions. Michał Kubicz leads and coordinates complex legal due diligence processes of companies. He has coordinated legal service for clients in various countries. Michał is also the author of numerous publications on the subject of environmental protection law and foreign exchange law. He was previously a lecturer at the postgraduate School of Tax and Tax Law affiliated with the University of Warsaw (in the field of foreign exchange law). He was also a speaker at many conferences devoted to regulations on waste management, public-private partnership and environmental protection. As part of his pro public bono activities Michał is the founder and Chairman of the Nadzieja dla Zdrowia foundation. He is a member of the board of directors of MK Sp. z o. o. (PGDI group). He is proficient in Polish, English and French.